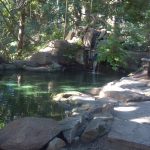 How can I accept the role I have been given or have taken on – care-giver. I never wanted that role, I don’t want it now, and I resent having to put my life on hold to take care of someone else. Yes, there are many positives: we are healthy, he is fairly functional, our family is close, and we have a nice home. Then is it just me feeling sorry for myself? Maybe! So how do I change my outlook and become more accepting? Let’s look at what Ali did.

Ali is an active, healthy, 80-year-old woman who plans to live a long healthy life and be as active as possible. However, her husband, James, has become quite lazy, forgetful, and unmotivated recently.  She offered to volunteer at the animal shelter with him, she made plans to take little trips such as going to the mall, and suggested things he could do on the computer; but he rejects most of her ideas. His recent wellness check showed that he was healthy but showing symptoms of early stage dementia.

Things had to change! While she loved James dearly, she needed more. She knew there were three steps involved in making change: conducting an honest assessment of what she can and can’t do, accept what is true now, and create the life she wants given her circumstances.

In making an honest assessment of her current situation, Ali acknowledged that:

The next step was to accept this reality - which was very difficult for Ali. It wasn’t until she realized that “to accept” could mean to acknowledge current reality without liking, wanting, or approving of it that she was more able to acknowledge she can’t fix James, but she can manage her actions and feelings. She knew their life will never be as it was, but it still had good moments. So, her new goal was to maintain a positive outlook as she balanced their wants and needs.

Her plan for achieving that goal included five steps. The first step was to choose thoughts and actions that supported her. The second step was to acknowledge there were limitations and to focus on what she could do rather than what she couldn’t do.  She also reminded herself daily of the good in her life. The fourth step was to make healthy lifestyle choices for herself and for James as much as possible. Finally, she developed a strong support system.

This seemed like a manageable plan for Ali. She decided to move in that direction for the next six weeks and then re-evaluate whether or not her outlook had improved. What advice might you give to Ali?